Gruff Rhys at the Electric Ballroom, Wednesday, 27th of October 2021

Manic Street Preachers and the Anchoress at the Royal Festival Hall, Tuesday, 19th of June, 2018

A very very late report on a very very wonderful gig. I had planned to go to three Manics gigs on their arena tour in April and May, but I missed them all due to illness. So I was very determined to make it to this one, especially […] 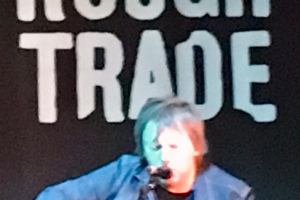 I’ve been away from the gigging life for a few months due to ill health, but last night, I was BACK! It may have been a half hour acoustic set in a cramped and stuffy record store, but it was still a gig, and much more importantly, it […]

Happy 50th birthday to this incredible icon. Kylie’s music has been a part of my life since I became a music fan in the late 80s. I must confess that at the time, I didn’t quite appreciate her wonderfulness. It pains me to admit that I was a massive music […]

Exactly 21 years ago today, I went to my very first gig at the Manchester Arena. It was a truly monumental night, with my two favourite bands in the world on the same bill: Manic Street Preachers and Mansun.

It is one year since the terrorist bombing at the Manchester Arena, at the close of a concert by Ariana Grande. Twenty two people were killed, and over 800 injured. 2017 was a horrible year for terrorist attacks in the UK, and while I was lucky not to be […] 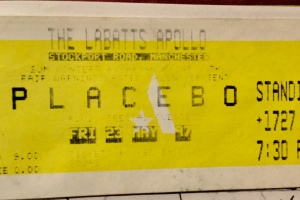 Having just seen Placebo at the Brixton Academy the night before, I arrived in Manchester on a sunny Friday morning in May ’97 to find they had followed me there. So what else could I do but go again? However, I got a lot more than I expected […] 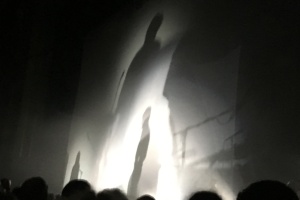 UPDATE! As of 18th July 2018, Suede are now allowing resell of tickets through Twickets. This is brilliant news for me and for other fans who for whatever reason may not be able to make a gig when the day comes, no matter how much we want to […]

I’m having some vision issues at the moment which are making typing up long blog posts difficult, so in the meantime, here is a quick roundup of some of the music I’m mainlining at the moment. This really is a pretty exciting time for new tunes.

In May 1997, I had epic plans for the Spring Bank Holiday Weekend: travelling up to Manchester for the mega Manics/Mansun gig at the Nynex Arena on the 24th of May. I decided to make an even longer weekend of it, travelling up on Friday the 23rd, returning […] 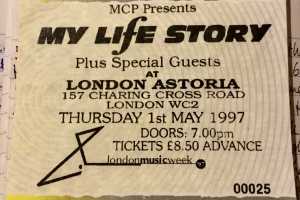 Election Day 1997. A new dawn for Britain was approaching. And I celebrated the best way I knew how: by going to a gig.