Day two of V97, and my plan was to return to see a couple of my faves: Placebo and headliners the Prodigy. However, things did not quite go as I’d intended, and the day turned out to be something of a Festival Learning Experience. 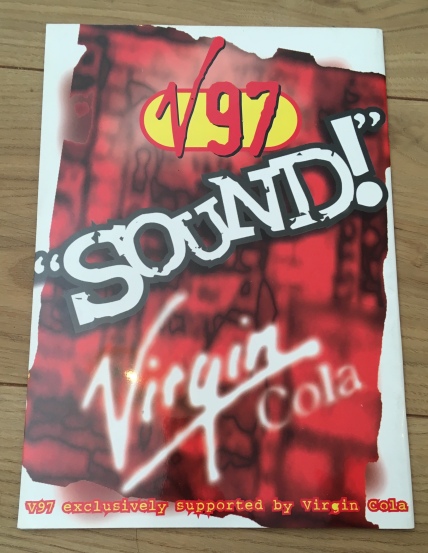 Having spent day one of V97 with a sun-induced headache, I took all possible precautions against the sun on the Sunday. I wore a long sleeved shirt, took my prescription sunglasses, and stocked up on paracetamol. I was all set for another sunny day of music in Essex!

“And what does the sun do? The bastard buggers off!”

The sky had clouded over completely by the time I returned to Hylands Park at about 3pm. And after such a storming set from Mansun the day before, I found that I was not really in the festival spirit as I entered the park. From my diary:

“My first thoughts upon entering the site was that it had suddenly been transformed into a hell on earth overnight. It seemed twice as crowded, which was strange as day tickets weren’t even sold out for Sunday. And it was all flippin’ teenage boys, as of that moment my least favourite species in the universe. And let’s face it, Saturday was the big day, wasn’t it? Sunday couldn’t fail to be an anti-climax.”

After spending an hour seeking out a bottle of water in vain, and eventually having to settle on “some shite Virgin cola”, I then attempted to check out the dance tent, but it was utterly packed. So I made my way back towards the main stage to buy a programme, feeling very little joie de V. There was certainly none of the electric atmosphere of the previous day. “At the peripheries it all seemed to be just one massive picnic with some band playing in the distance.”

Echobelly were on stage before Placebo, and I was not impressed. “They must be the most flat, lifeless, indie-by-numbers band in existence.” I did at least concede that they had one great tune, “Dark Therapy”, “which they closed with. It’s very moody in that bedroom mourning kinda way and I just sat there feeling a bit old for all of this and marginally depressed because of it.”

Oh, to feel too old for things in the way only a 22 year old can. Still, Placebo were next! Surely they would lift my mood? Alas, no.

“They did their set, rather like they did at the Academy and the Apollo, but I was almost entirely unmoved throughout. Put it down to the weather, or my knackeredness, but I was just having a bad festival day, and could not even muster the tiniest of new grave dances, let alone jump about wildly to “Teenage Angst” or “Nancy Boy”. As for “Bruise Pristine”, it had moved me more the day before when it was played as between-set muzak on the other stage. Let’s face it, Placebo are resoundingly wrong for festivals. They need a seedy dark indoors environment, not a muggy afternoon at the picnic from hell.”

(The NME had coined the term ‘new grave’ to denote a recent proliferation of dark, moody, black nail varnish wearing bands, a lot of whom I was quite keen on, hence my new grave dancing, or lack thereof, in this instance. It seems they also recycled this term in the mid-00s to refer to a whole bunch of bands I’ve never heard of, but I am definitely referring to the first wave of new grave here!)

After Placebo had finished their set, I wandered to the NME stage to check out Echo and the Bunnymen. Immediately things picked up. “This was definitely the superior stage and setting for the bands. Even though I didn’t know most of the tunes I was compelled to join the crowd for a bit of old grave bopping. “Nothing Lasts Forever” was certainly very impressive with growling thunder and evil streaks of lightning embellishing it.”

However, the oncoming storm was very much the nail in the coffin for me as far as V97 was concerned. I did want to see the Prodigy, but as it started to rain, “I came resoundingly to the conclusion that I was not prepared to get pissed down upon for any band not known as Mansun, Manics or Suede, and so took the next coach to the station.”

And so that was that for my first ever UK music festival. “Verdict: should have gotten a day ticket.” I definitely learnt my lesson that day, and only ever went to festivals from then on when one of my all-time faves was playing.

“Question: How am I ever going to survive Reading?”

Answer: with joy and pain and bruises and glee, all to be revealed in gigs 20 and 21…