I’ve been away from the gigging life for a few months due to ill health, but last night, I was BACK! It may have been a half hour acoustic set in a cramped and stuffy record store, but it was still a gig, and much more importantly, it was a gig by the amazing Paul Draper. 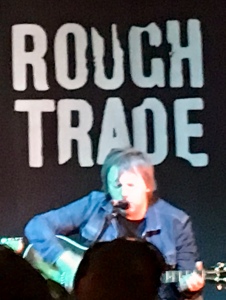 I was too far back, so all my pics for this are a bit like impressionist paintings. Sorry.

This was the second time I’ve seen Paul Draper play an acoustic set at Rough Trade East. The first time, in August 2017, was a pretty momentous occasion for me. That show last year was the first time Paul had sung live since the last Mansun gigs in 2002, but the very last Mansun gig I attended was way back in February 2001 (my 52nd gig). So for me it was a whopping sixteen and a half years since I’d been in the presence of that amazing voice. This, on top of the fact that it was my first time actually meeting him, made that August ’17 Rough Trade Show pretty untouchably special. However, that’s gig no. 145 of my life, and thus a story for another post.

Last night – my gig no. 152 – was a celebration of the stunning reissue of Mansun’s debut album “Attack of the Grey Lantern”. I was clearly very rusty from my three months away from gigging, as I vastly misjudged how long it would take me to get to Rough Trade, as well as getting slightly lost amongst the side streets of Aldgate. I was so flustered by the time I reached the old brewery forecourt in which Rough Trade resides that I tried to gain entry via the nightclub across the road. Once I made it inside the correct venue and procured my CD and wristband, it was only about ten minutes from showtime, and while I found myself the best spot I could in the small throng, it was disappointingly far from the stage. Note to self: leave home a lot earlier next time!

Paul came on stage wielding an acoustic guitar, with band mate Ben Sink at his side with an electric (with apologies for lack of muso details, but I’m a keyboard player, I know little of guitars!) Paul began strumming the opening chords to “The Chad Who Loved Me”, and Ben joined in providing the majestic melody. The combination of the two guitars on this and the other classic tracks performed tonight was pretty magical. Paul’s singing on this night, as with every other time I’ve seen him live over the past year, was impeccable. I had thought he might be avoiding high notes, as a live version of “Wide Open Space” recorded on Radio 5 over the weekend was re-jigged to stick to his lower register. But he went ahead and hollered the high notes of the next song, a shiver-inducing rendition of “Friends Make The Worst Enemies”, as well as the closing holler of the following “Disgusting”. During that song and the next, an invigorated rendition of “Things People Want”, he encouraged the crowd to a rousing singalong for the choruses. 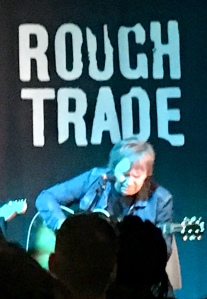 “Paul Draper with Guitar and the Back of Some Bloke’s Head”: a study in acrylic by Claude Monet

The atmosphere throughout was relaxed and cheerful. Paul chatted about the unexpected success of the reissue of “Attack of the Grey Lantern” – number 18 in the midweek charts, apparently! – and encouraged us to vote for his album “Spooky Action” to win the Best Album award at the upcoming Prog Awards. He and Ben had apparently not decided upon a setlist, which prompted a few members of the crowd to shout for their faves. One person’s call for “We Are The Boys” elicited a stern point from Paul, but the suggestion of “Witness To A Murder” provoked the reflection that apart from the lack of Doctor Who and a harpist, it would be very easy to perform. 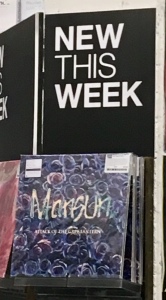 Feeling like I’ve slipped through a timewarp on seeing Attack of the Grey Lantern listed as “New This Week”!

Paul gave Ben a good-natured reprimand for messing up a note in the penultimate song, “The Silence Is Deafening” – “I’ll dock your pay for that!” – but Ben got his revenge in the final song “Wide Open Space”. Having begun playing the song slightly too slow for Paul’s liking, he provided a high-speed version for his second attempt. It would have been intriguing to hear the entire song at double speed, but a third attempt at the song’s normal BPM followed, and for me, this was the highlight of the night. “Wide Open Space” was always an untouchable song live at Mansun gigs. I have so many memories of the transporting majesty of experiencing that song live back then – indeed, when Mansun split up in 2003, I lamented in my diary about the despair I felt at never hearing that song live again. It’s so wonderful to have been proved wrong, and that this song remains just as undyingly magical in its live rendition. Even if I’m no longer crushed down the front dodging the airborne DMs of crowdsurfers (and thank goodness for that). 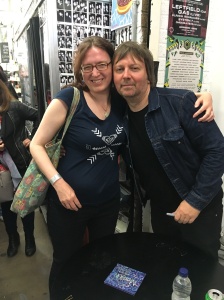 Your scruffy correspondent (AKA Queen Dork) with Paul Draper

With the live set done it was time for the signing, and one of the advantages of being too far back for the gig was that I was quite near the front of the queue for an autograph. I made it up to the front of the line in less than half an hour, and while there was no time for anything more than saying hi and how much I’d enjoyed the set, it’s always a joy to have a few moments with the man whose music means so much to me. As evidenced by the photo in which I sport the dorkiest of dorky grins.

And that was the end of a thoroughly fab evening. I left in high spirits, looking forward to the acoustic tour for which an announcement was promised imminently. I am definitely going to catch as many gigs on that tour as I can, but in the mean time, I have the glorious new reissue of the greatest album to be released in my lifetime to enjoy. 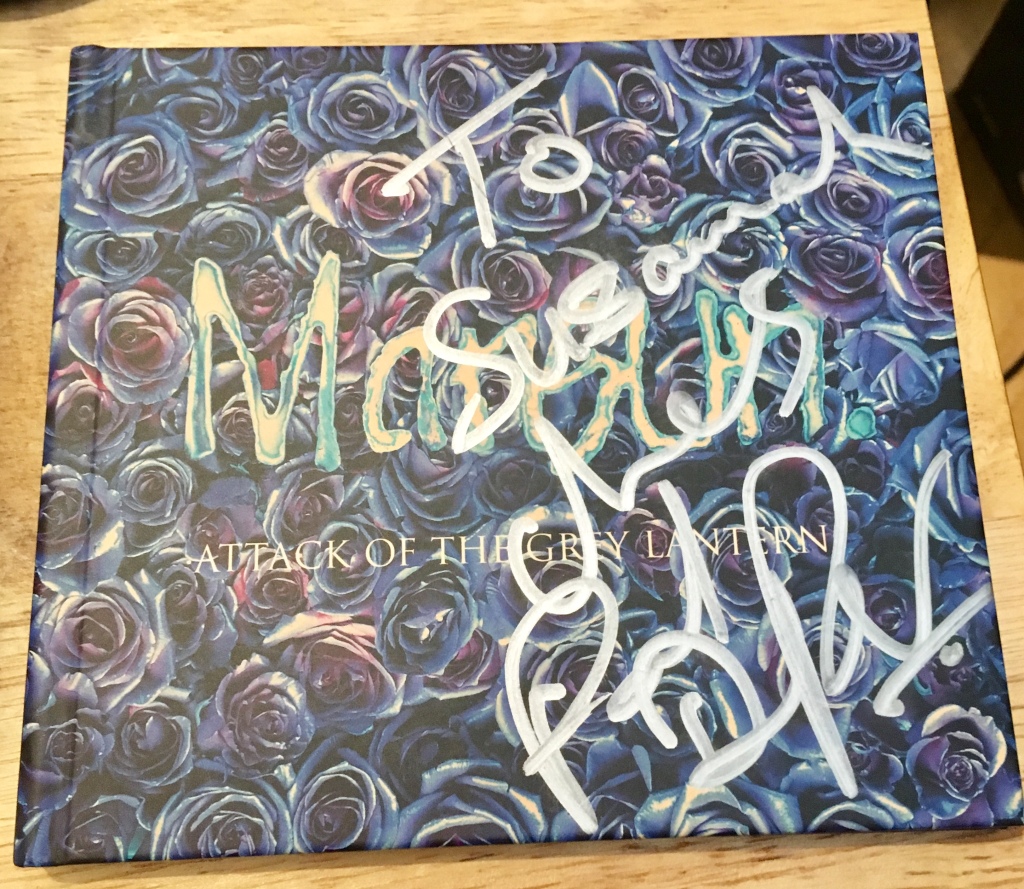 The CD signed to my alter ego Susanna – though it looks like I should have asked him to sign it to Scruffy, as it would have been easier to spell! 🙂