I don’t have a ticket stub for this gig, as this was not a ticketed gig. This was a special invitation from Suede’s fanclub to be a part of the filming of the video for “Filmstar”. And it was a joyously, dementedly wonderful night.

So begins my diary entry for this, one of the most exciting gigs of my already pretty damn exciting London gigging life in 1997. One week previously, I’d breathlessly scribbled this:

“Two things arrived in the mail today to make me very happy indeed. No.1: my V97 ticket! No 2: A postcard from the Suede fanclub, inviting us to be an extra in their next video! So of course I raced upstairs to call them immediately, as they had a limit of 600 who could take part. And I’m in!!!”

So off I raced after work on the 25th of June to a new destination, Ilford. If it wasn’t thrilling enough for me, just to finally be a Londoner and to able to see all my favourite bands, this was something that took it to another level.  When I’d sat listening to “Coming Up” for the first time in my dimly lit bedroom in Perth in September 1996, never in my wildest dreams did I imagine that less than a year later I’d be attending the video shoot for its final single. If there was one gig that exemplified how much my life had changed in that first year in London, it was this one.

On the train to Ilford that afternoon I met a fellow Suede fan, “a guy called Lee, not actually a fanclub member but was going to get in with a friend who was a member, as we were all allowed to bring one non-member along. But his pals were elusive so we stayed together (ha!) in the queue and discussed a plethora of obscure avant-garde bands that he liked.” A few people were let into the venue early, possibly “chosen as the prettiest ones to be down the front, but the rest of us didn’t get in til past 5pm. Lee ended up coming in as my friend, as it seems his mates had gotten in early.”

Looking back now, with the cynicism of age, I’m wondering if this Lee’s mates were actually an invention, and he had come along with the express intention of latching on to the first person he found without a plus one already in tow. However, it didn’t matter to me, as he seemed a decent bloke with no nefarious intentions beyond blagging his way into a Suede gig and chatting about bands. In a different era we’d probably have become Facebook friends, taken selfies and tagged each other on Instagram.

And who cares, when I was in! My second ever Suede gig was definitely an unorthodox one. For one thing, they were already on stage and, inevitably, playing “Filmstar”, when I got into the venue. “At this point the throng were kept behind a barrier with a big space in front of the stage. It was strange watching them from a distance with the empty pit in front of them. When it was over they left the stage, and in a strange reversal of normal gig routine, we all thronged towards the stage after the band were gone. So we waited! ‘Til they came back on to do “Filmstar” three times in a row! Brett greeted us with “this is going to be the most boring three hours of your life”. A highly inaccurate statement.”

Boring it certainly wasn’t, but this was definitely not the gig for someone who didn’t like “Filmstar”. “The first two “Filmstar”s were a bit subdued in terms of crowd frenzy but the mosh got well underway by the third rendition.”

At my first Suede gig two months earlier I had become fixated on the wonderment of Brett, but here, it seems it was Neil who caught my interest the most. “In between versions they had humorous little jams, Brett chatted to the front few rows, but Neil! NEIL!!! Is he the most beautiful man alive! I had the best view of him tonight, and spent most of the time staring at him, to be honest. Brett’s still a deviant pop icon but Neil! He’s my fave now.”

And, well, could you blame me? 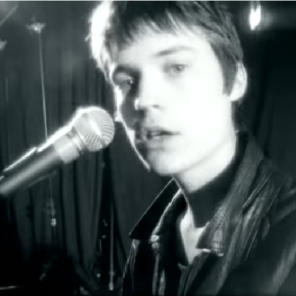 People called out for the recent B-side “Digging A Hole” which had been sung and performed entirely by Neil, and he teased us with a few notes of it. “He played the first few bars to huge screams. Ah! Would I not kill to hear a live version of that tune.” I still haven’t witnessed that song live – I don’t actually know if they’ve ever performed it – but I’ll be seeing Suede at the Hammersmith Apollo in October, so here’s hoping!

They were then off for an alleged half hour break, which, as is the way of these things, lasted an hour.

“When the second set finally began it seemed as though we were going to have a bit of a re-run of the fanclub gig. “Europe Is Our Playground” came first, followed by an astounding “Killing Of A Flashboy”. What a tune!! I was in the moshpit and survived! I must be getting used to this gig thing.”

Two more performances of “Filmstar” came next, “where we all went totally wild just as the director instructed us”, and then “The Sound Of The Streets”. Despite being one of my favourites, I’d heard all the B-sides at my previous Suede gig, and I was anxious to hear a classic Suede single. Luckily, I didn’t have long to wait.

“Just when it began to seem that Suede had forgotten that they had released some A-sides as well they launched into “METAL MICKEY”!!! Totally exhilarating and exhausting mosh euphoria ensues. MY GOD! Not that you could really hear much, with everyone shrieking along so ecstatically, but still, MY GOD! Moment of the millennium!”

There was one more “Filmstar” to conclude the second set, “and by this time various witty members of the crowd are calling out for it anyway. The song was actually inspiring a wilder reaction with each play, as people got caught up in the glorious lunacy of the situation.”

There was then a “twenty minute” wait which at least only stretched to half an hour this time, and then the band were back for a couple more “Filmstar”s. “They were being filmed in close up this time, so camera people were creeping about them. Between tunes Brett and Mat filmed the crowd, and the camera bloke filmed Brett filming the crowd.”

Then it was back to B-side land as Brett and Neil performed “Another No One”, which was “gorgeous despite the raucous and off-key singing along of the crowd nearly drowning out Brett.” There was a suggestion that Neil was possibly by this time somewhat bored by the whole experience and not really paying attention. After playing a wrong chord he received an “annoyed look from Brett, but not quite as stern as the one he gave Neil in the intro of the next song “She”! For that sweeping cinematic theme was going on and on a bit, ’til Neil suddenly realised his microphone was pointing in the wrong direction for him to sing his backing vocals!” It mattered little to me, as I was just thrilled to hear them do another song I hadn’t witnessed live before. And finally, of course, we were treated to another rendition or two of “Filmstar”, “Neil obviously even more bored than usual, hitting the notes in an amusingly haphazard fashion.”

And then all that was left was for the crowd to be “gently ordered to bugger off by the film people”, and to wend my way home with “Filmstar” playing on endless repeat in my head.

Fast forward to Saturday the 2nd of August, and the video appeared on the Chart Show.

“My god, it was strangely exciting and excitingly strange to see a new Suede video and be able to compare the finished product with the actual events! I can’t help thinking of me at 17/18, staying up all night to catch the first airing of “The Drowners” or “Animal Nitrate”. I’d love to tell that shrinking violet adolescent “one day you’ll be in a Suede video!” Not that you could see me amongst the crowd, but hey! part of that sea of arms is mine! And that’s what matters.”

That’s what matters – the fact I’m in there somewhere, captured in that sea of arms, in the best place in the world: the crowd at a gig by a band I love. And along with everyone else there that gloriously bonkers evening, playing a tiny part in the history of one of my favourite bands.